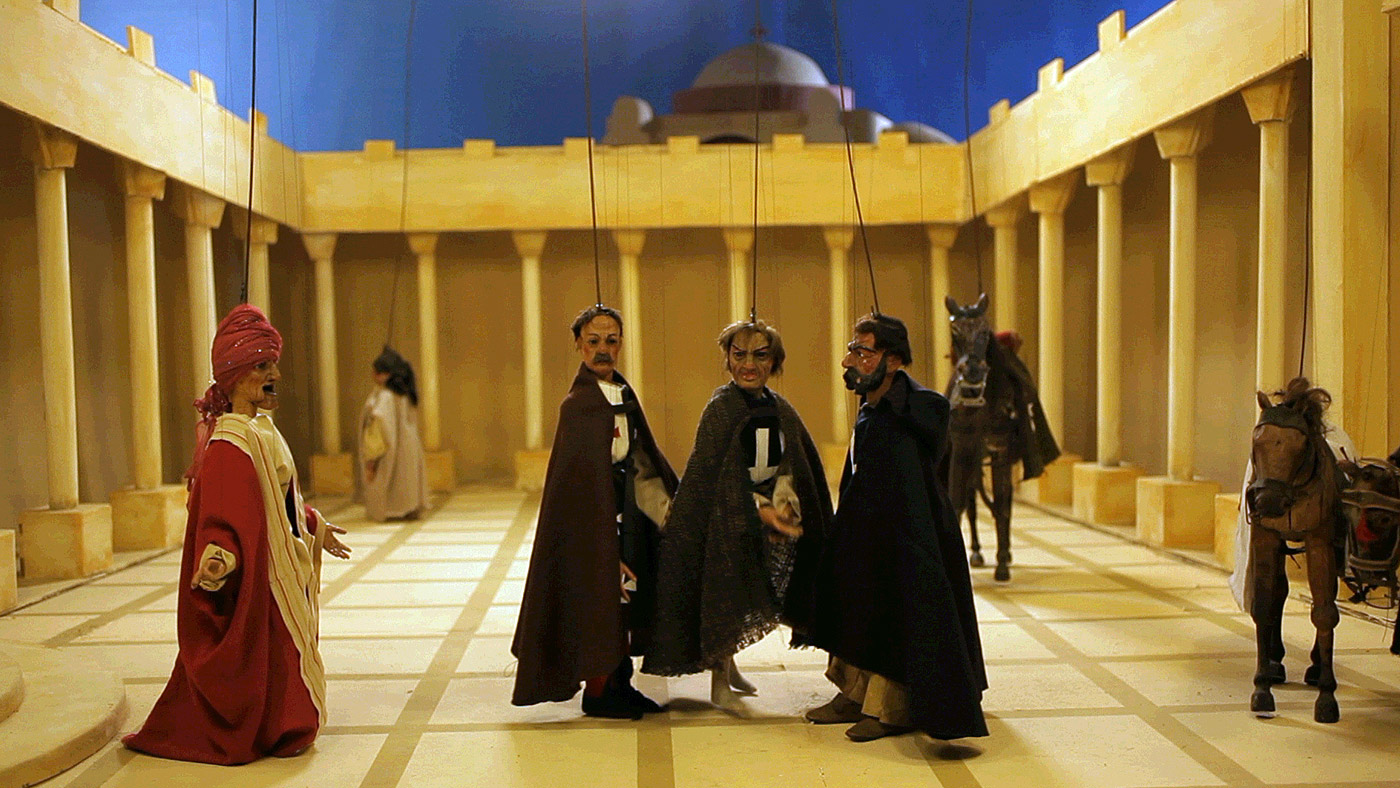 18:00 > Artist Talk > KINO DER KUNST > Wael Shawky
The conversation will be presented by Hans Ulrich Obrist, Director at the Serpentine Gallery in London.

Born in 1971, Wael Shawky studied at The University of Alexandria and at the University of Pennsylvania in 2000. His work has been featured in international solo exhibitions including Cittadellarte-Fondazione Pistoletto, Biella, Italy (2010), the Townhouse Gallery, Cairo (2008), KVS, Brussels (2007), Galeria Sztuki Wspolczesnej, Bunkier Sztukim, Krakow (2007), and in group shows at Queens Museum of Art , New York (2009), Musée d’Art Contemporain de Nîmes (2008), Riwaq Biennale, Palestine (2007), Moscow Biennale (2007), Istanbul Biennial (2005), the Venice Biennale (2003) and dOCUMENTA (13) (2012). On April 28th, he will be honored with the Award for the Filmic Œevre, a prize instituted by KINO DER KUNST and Louis Vuitton.

Wael Shawky’s work explores issues of religion, culture and the effects of globalization on society today. Interweaving myths, facts and fiction, his filmic narratives force viewers to question conventional perspectives and think anew about the past and the present. Created with extraordinary precision, love for detail and craftsmanship, his films translate between film and art as well as art and politics, aiming to create a new understanding of the clash between indigenous culture and contemporary life. On April 28 KINO DER KUNST presents his marionette epic “The Cabaret Crusades” which was among the most important discoveries of last year’s dOCUMENTA (13).